If a city is the mother, then street art is her child, and like all children, they speak the truth.

In my travels of Europe, it has become one of my favorite pastimes to find and photograph street art. I’m drawn to the medium because of the authenticity in its message. It’s not a tourist brochure giving you the facts of a location’s history, sharing its history but not imparting the essence of the city. Street art is made by the people of the city, giving you an inside perspective into the minds of a city’s citizens. Street art is the city’s philosophy, and of all the philosophies of the many talented streets artists of Florence, there is one artist whose art has had a profound impact on both me and the city of Florence – Exit Enter.

If you’ve walked the streets of Florence, chances are, you’ve seen the work of Exit Enter. The scenes and messages vary, but the elements remain the same: the simple human and the accompanying message. A wall here, a staircase there, you can find his visual poetry almost anywhere. Truly, Exit Enter has made the city of Florence his canvass, and the buried, universal truths of humanity his paint.

You can find Exit Enter’s philosophy even in his name. In other interviews, he has said that he picked that name to illustrate how he wants people to interact with his art, to enter and exit a human emotion, idea, or thought. That’s exactly what it feels like looking at any of Exit Enter’s works. He creates a scene that we can experience, and simplifies the human character so we can become the character. By simplifying the character, Exit Enter makes them universal. In his work, we see ourselves.

Before he became the urban legend that he is today, Exit Enter was an art student at the Fine Arts Academy in Florence, learning to create art to be admired and praised in the traditional mediums. I’ve never met him, but from his interviews I think it’s safe to say that Exit Enter desired something more for his art, maybe to reach eyes not cultured by artistic bourgeoise, hearts not biased by the gallery lights. The city of Florence, Exit Entered decided, would be his art gallery.

Exit Enter represents the future of Italian art, and it could not come at a more perfect time. For centuries, Italy has paid homage to the talented Italian artists responsible for some of the greatest art pieces the world has ever seen. But simultaneously, there is a global pressure to forsake the old in favor of the new, and Italy is not immune to that either. In fact, in Italy itself there is a growing divide between the new artists embracing this unconventional medium of art, and those who feel that art’s place belongs in the gallery. And in the middle of it all, we have the Exit Enter, leaving us little notes across the city, sharing his philosophy, and through his art, allowing us to briefly experience the simplistic human life we all once had.

I don’t know where the artistic future of Italy lies, but I do know one thing: regardless of the national consensus reached by art critics and artists alike, one thing will remain constant: somewhere around the city, Exit Enter will be painting humans with hearts, reminding us of something most of us have by now forgotten: what it means to be human. 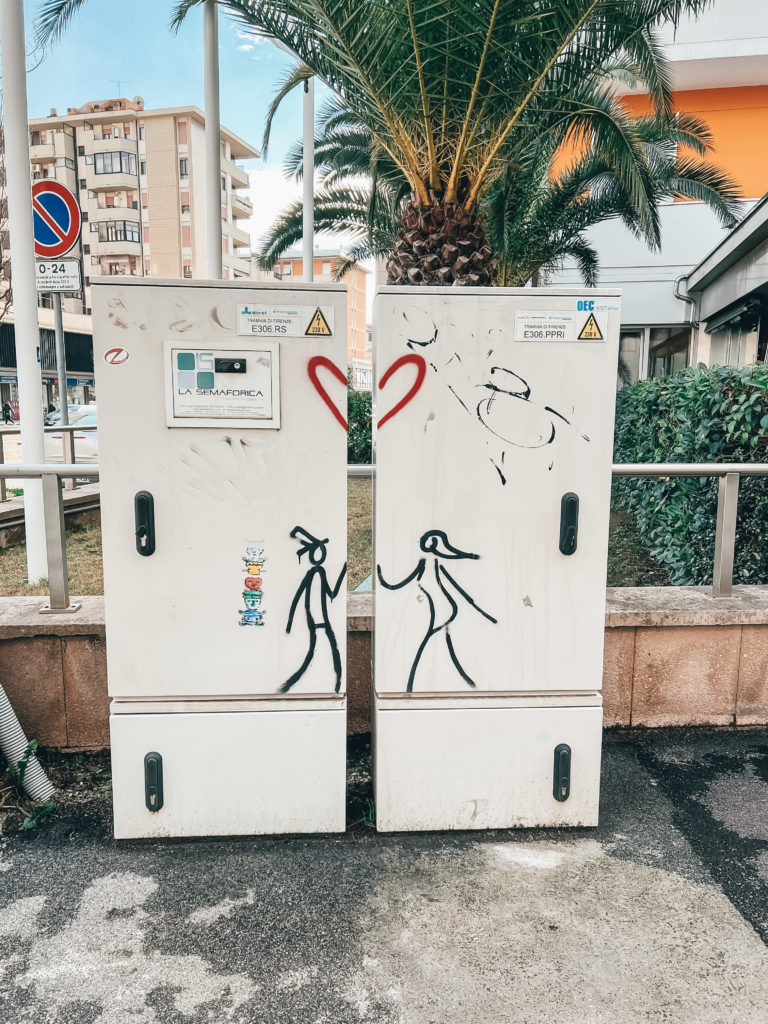 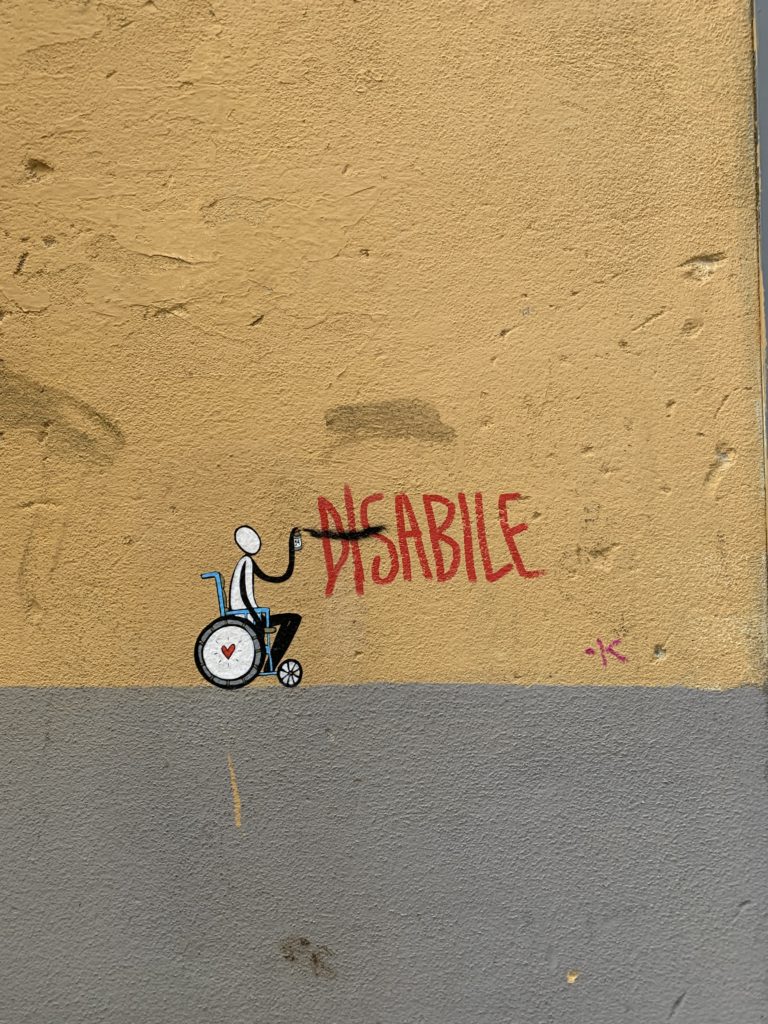 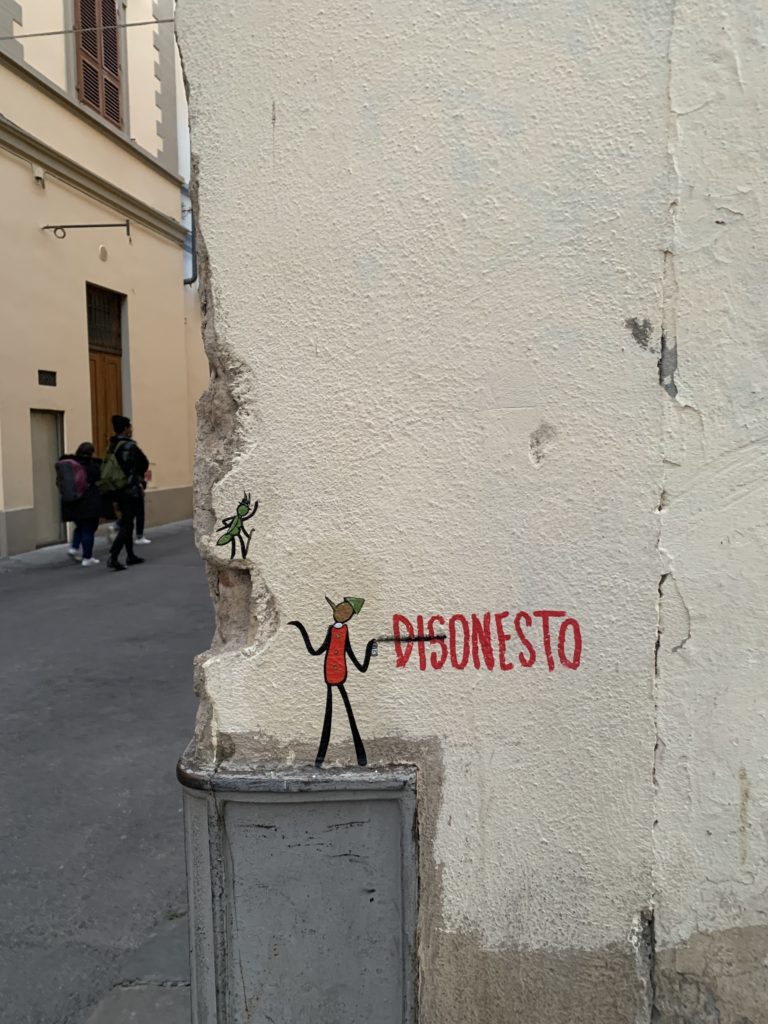 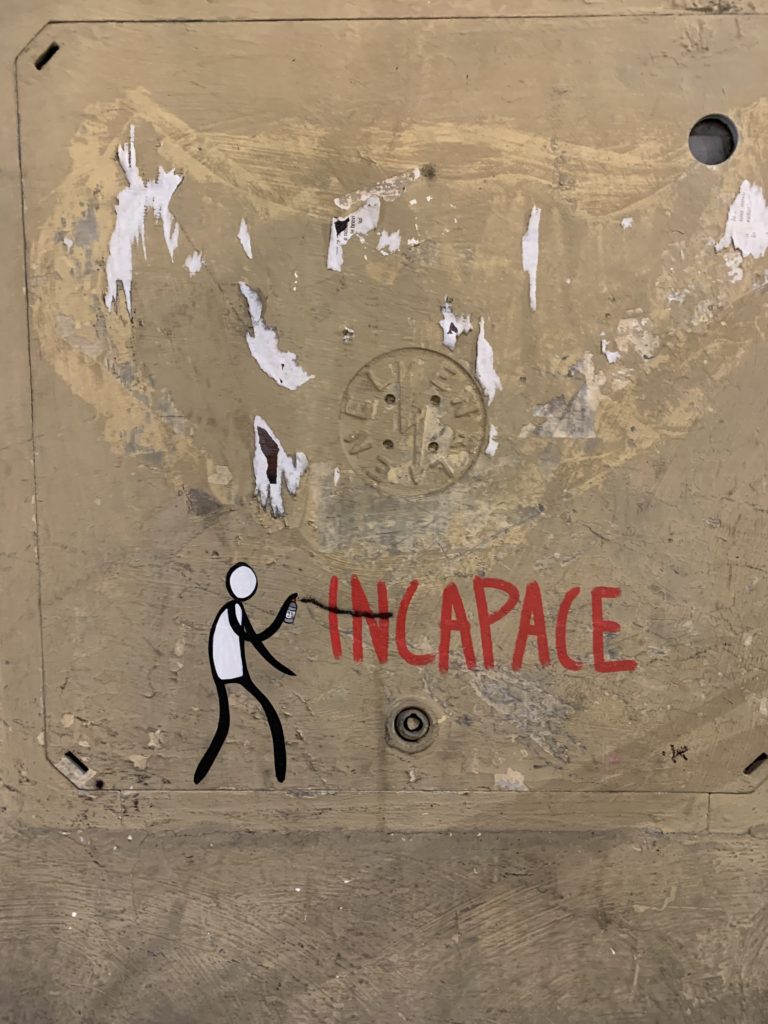 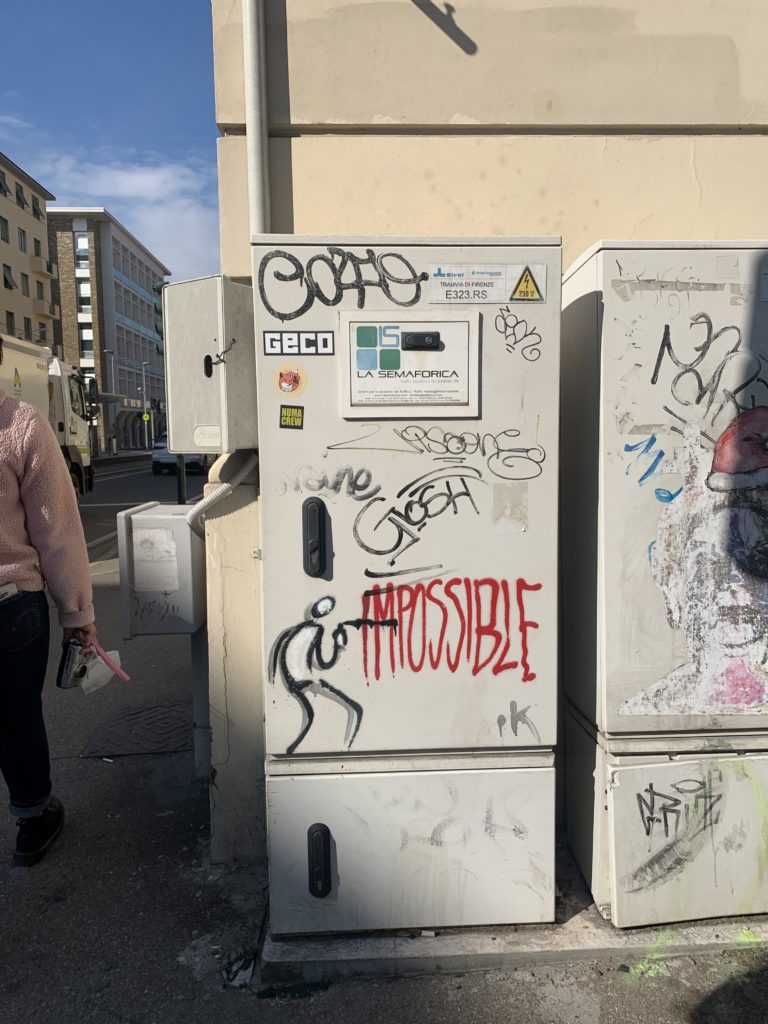 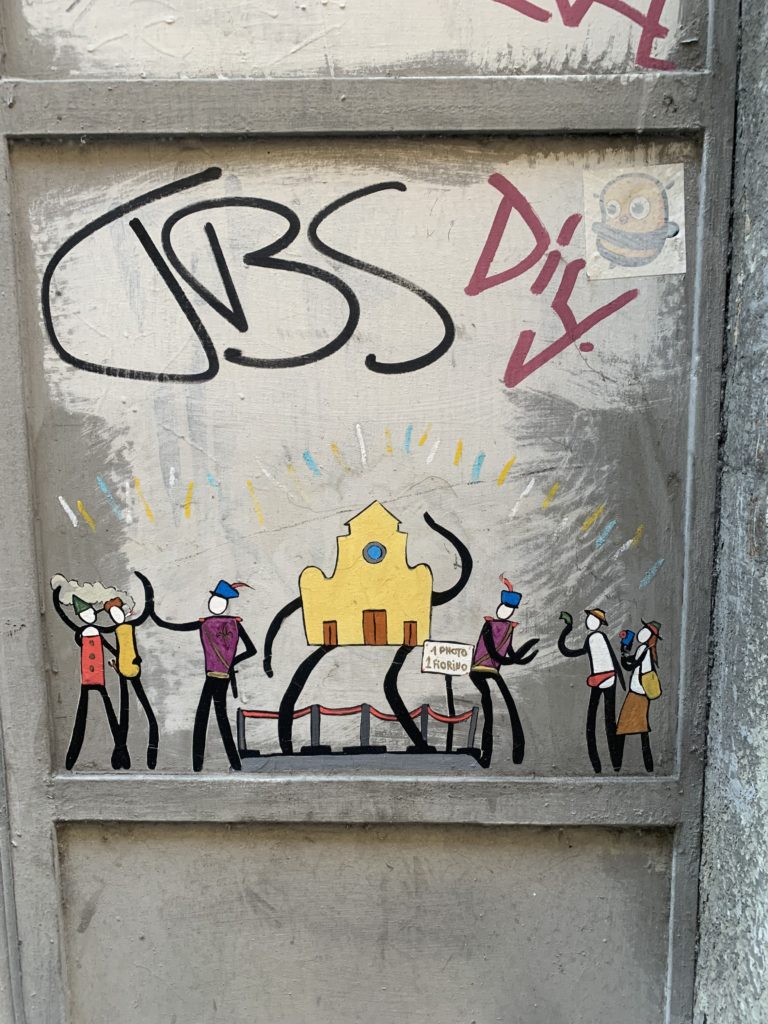 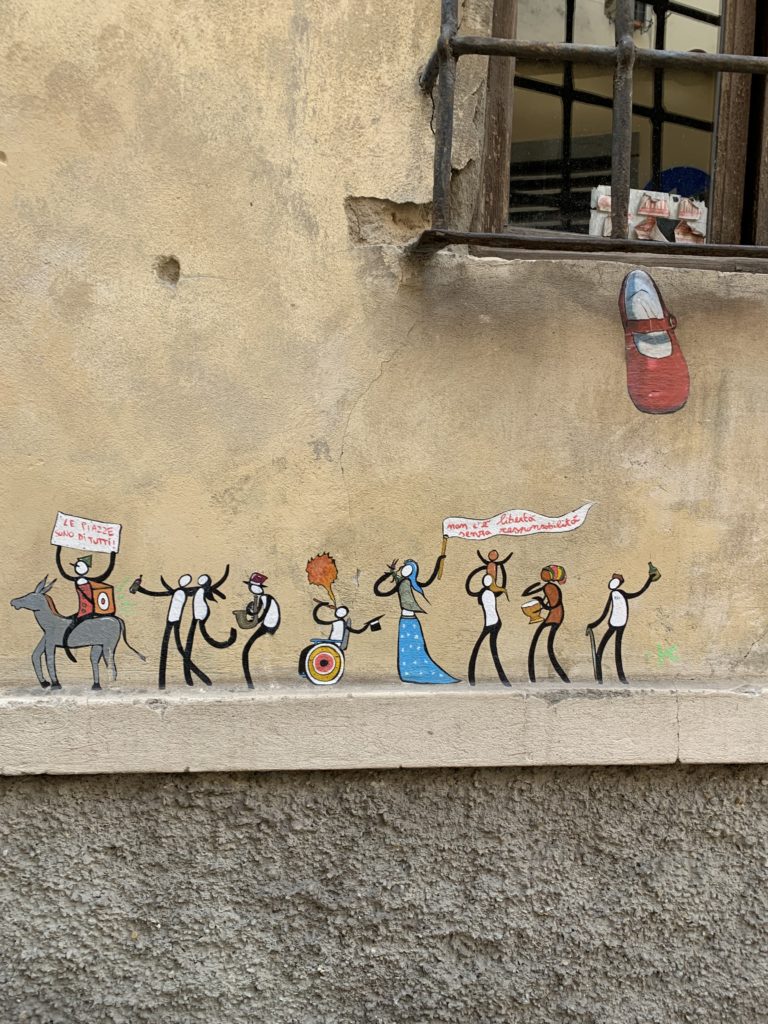 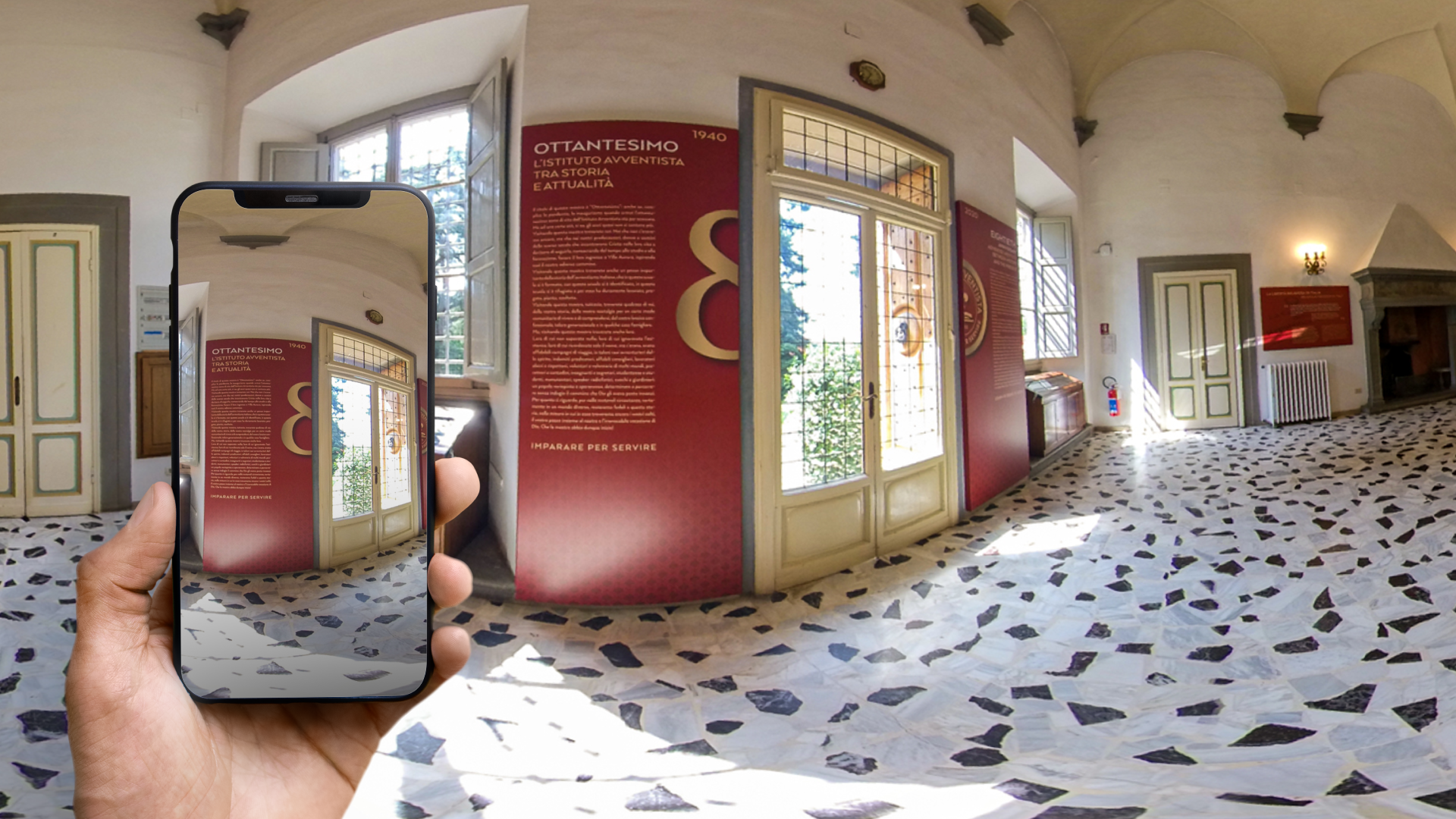 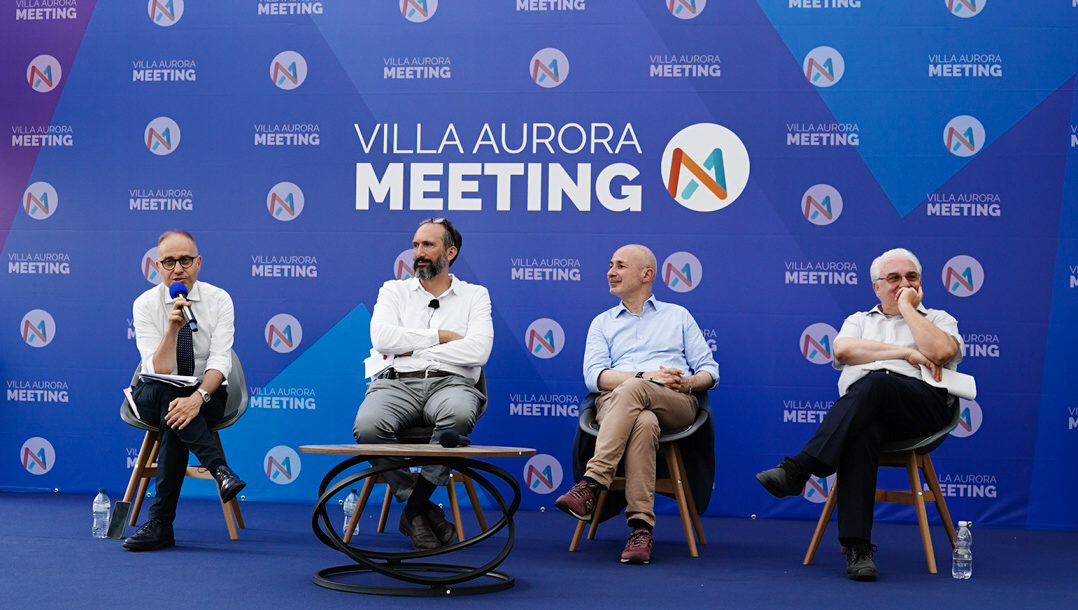